A Kestrel for a Knave Session Plans 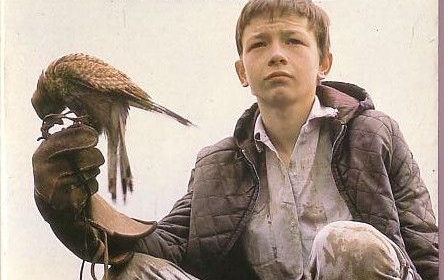 A set of three 1.5hr session plans for a KS3 English group.

Each of these sessions were intended to be an hour and a half long, but how long they take, to a large part, depends on the group, how chatty they are, which themes they are most interested in, and their general knowledge of topics related to the book.

The questions are more for a guide than a prescribed lesson, with the aim being discussion and sharing of thoughts, rather than right and wrong answers.

Session 1 and accompanying handout for the group participants.

This session was a general overview of the book. It was a 50:50 split between those who liked the book and those who didn’t. Quite a few struggled with the ending, but equally, others liked that it was not a traditional ‘happy ending’.

We looked at what why it was titled as it was, quickly ran through the plot again, talked about Billy’s hopes, fears and dreams, and whether this was an optimistic or a miserable book.

We managed to squeeze this session into exactly an hour and a half.

Session 2 and accompanying handout for the group participants.

This session focuses on context and the themes of poverty and violence.

We spent the first part of the session looking at the time and place within which this book was both written and set. This bit took longer than I had intended, as a few didn’t know that much about the 1960s, or were keen to learn more. Consequently, we didn’t have time to cover the last section of the session, on the theme of violence, this time round, and I moved it into the third session.

Understanding poverty is a key part of understanding the book, and there is a huge amount to talk about. Most in this age group know very little about poverty (in textbooks etc. it doesn’t get covered in any real depth until KS4 – sociology, geography, environmental management), other than knowing it is ‘not having any money’, so I felt it important to give this theme the full time and effort it deserves.

When we looked at the theme of violence in session 3, we didn’t spend too long on it as quite a few struggled with this aspect of the book, particularly the ending, but as it is such a significant part of the book, it felt wrong to take it for granted that everyone just understood this part of Billy’s life.

This session focused on the theme of nature.

We looked at Anderson’s tadpole story, compared it to Seamus Heaney’s Death of a Naturalist, thought about people’s relationship with nature during the 2020/21 lockdowns and finally how Billy was influenced by nature.

For those that like homework, we had a couple of activities the children could do in their own time, should they wish.

By the end of this series of sessions, pretty much everyone was glad they had looked at the story (either as a book or by watching the film), could see how important it was as a piece of literature, and had taken something from it, but those that really get upset by animals dying were equally happy that they weren’t going to have to go back to it again.

It was a fairly challenging read for some, particularly those that like reading to be a light and happy form of escapism, and overall, the boys seemed quite a bit keener on it than the girls, but by looking at the wider context of the book, and exploring related things outside of the text, it allowed those who didn’t engage with the story itself to still engage with the sessions.

A Kestrel for a Knave, KS£ English session plan