From HE to Sixth Form 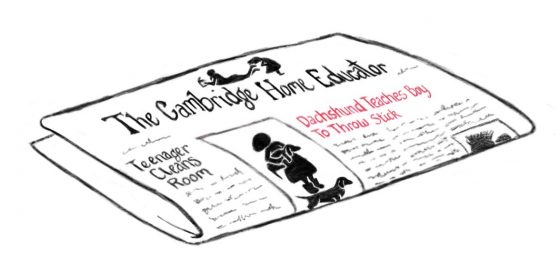 School never interested me, but I was unbelievably excited to go to sixth form. I’d been looking forward to it pretty much since I began my GCSEs, when I was 13.

Though I loved HE, and had an incredible overall experience, I craved the independence and opportunity to make new friends that sixth form offered.

Photo by Element5 Digital on Unsplash

Having left the state education system in year 3, and only actually going round a college when I attended the prospective student open days, I had very little knowledge as to what sixth form would be like. Unlike school, which I knew to be boring, I imagined sixth form to be a much more vibrant and energising space, full of people my own age, who I could relate to and bond with over the same subjects and interests. Now approaching the end of year 13, I definitely feel like the college experience has been a good one for me, and that I have gained more from doing A-Levels in this environment than I would have if I had done them at home. Nevertheless, there were many things that I unexpectedly found myself missing about HE, as well as areas of college life that I struggled to adapt to.

Obviously, everyone has a different experience of HE and college, but here are few key things that I experienced that may be of help to other HEors who are preparing to transition from HE to Sixth Form.

At college, much of your study time will be spent doing independent work. Unlike when you do GCSEs at school, you are not just expected to do the set homework, but also do extra practise and research in your spare time. Having self-studied for the majority of my GCSEs, this was not such a big change from my usual working style.

Of the many people I know who went to school, quite a few struggled to adapt to this new learning style, making it harder for them to initially settle into the work load. I’ve been told this skill helps even more when going to university, so learning to work independently from a young age has been really good for me.

Even though spending lots of time around your parents, your parent’s friends and your friend’s parents can be incredibly irritating at times, it has its plus points and one of them is that you get so much practice talking to adults, it makes it very easy, which is a huge benefit when going to Sixth Form.

Lots of people I know who went to school and then moved on to sixth form struggled to communicate with staff and teachers, because they were not used to talking to adults as equals, but through HE and having to spent a lot of time around adults from all walks of life, I found it much easier to speak with teachers, both one-on-one and in class, than other students seemed to.

Because of the limited number of home-educating families, and the wide range of backgrounds they come from, HEors tend to be very good at getting on with people from all sorts of different religions, ages, interests, ethnicities, financial situations etc. This makes it far easier to get on with other students if you do go to a school/college, and also helps when making new friends.

Many come to college with friends from their old school and stay in the same school groups right through their sixth form education. They seem happy enough, but I think they might get more out of college if they let themselves mix it up a little bit.

Being able to choose what you study when you home educate often means that HE students can have a really in-depth knowledge of topics that interest them, and because they haven’t followed the National Curriculum like schools do, they also have a much larger breadth of knowledge of topics around the things that interest them. This can mean that when you get to A-Level and you are studying subjects that you love, you can have a much deeper understanding of these subjects than other pupils, whose education may well have always stayed within the boundaries of the GCSE syllabuses.

This can help with getting higher grades, but it can also mean that you enjoy the classroom experience more, as you continue to explore the subjects you really like in much more depth than previous qualifications allow.

Obviously this depends on the college you go to, your family’s personal finances and the support your family can give when learning at this level, but going to sixth form often gives you more access to educational support and advice than you wouldn’t normally be able to access on your own at home.

A-Level teachers have often had years teaching certain content and building up their resources specifically for the exams they are helping you work towards. This can really help you improve faster and potentially get higher grades. But this extra support and advice is not just in terms of your subjects, it is also there for helping you move forward with uni and career advice/assistance.

There are also often more resources like libraries, editing and coding programmes, laboratories, music and recording equipment, art studios, foreign school trips etc., that are either incredibly expensive for a single family to afford, or hard to access outside of an educational institution.

While HE can be amazing, it can sometimes be quite restrictive in terms of friendship opportunities, with there being times where you can find as few as 1 or 2 other people in your year group in your area – if that!

In addition to your usual classes, sixth form gives you the opportunity to create or join societies allowing you to meet even more people with similar interests and aspirations. Even in smaller sixth form colleges, there are far more people of the same age as you compared to HE, and they often live nearer too!

For the first three months of sixth form all anyone talked about (well the girls at least) was “the prom”. Everyone was constantly showing pictures of their dresses, talking about the after parties etc., and while that was lovely for them, as an ex-HE student it is generally not something you get to experience – unless you’re incredibly lucky, in which case I’m very jealous of you!

Lacking shared experiences like this can make it quite hard to join in with these early conversations and so makes it that bit harder to make friends with other people. This can be made even more difficult if they have gone to sixth form with their high school friendship groups/cliques. While it is still more than possible to make great friends (and many ex-HEors do), it can leave you feeling quite lonely when you first start sixth form.

When starting out at sixth form, the change in environment can be a little strange, and sometimes annoying. For instance, while at home you could work anywhere you wanted, but most schools use seat plans, and once you’ve picked your seat that is it, forever!! Which is quite stressful!

Lots of teachers also don’t allow you to eat or drink anything (except water) in the classroom, which again is something that’s quite irritating if you like learning with a coffee and a biscuit.

When you are following the GCSE syllabus by yourself, you often don’t have rigid deadlines. You probably know roughly when you want to finish a section of the course by, or you possibly have some bits of homework set by tutors, but it is nothing like school. Depending on your college/teachers most lessons have some form of homework set, in addition to multiple tests throughout the year, mocks and coursework deadlines. While having a homework diary and revision timetables, making it all A LOT easier to deal with, it still takes a while to adjust.

I think this was the thing that I found most difficult about going to college. While I used to get up at 9am most days, when I started sixth form I had to start getting up at 7am, to be in for lessons by 9am.

If you’re an early bird this won’t be a problem… but if you’re like most HEors, and teenagers in general, you’ll probably start to miss lying in. Depending on how far away you live from your school, the impact will vary, but don’t worry! Your body can adapt to the change in sleeping habits fairly quickly, even if it doesn’t want to.

This was not something I thought would annoy me, but it turns out I was really taking it for granted being able to pick the optional modules I took at GCSE. Unfortunately, schools don’t pick their scheme of work to fit around you (more’s the pity!), but to fit around the the whole year group, the teachers, and to appeal to prospective students. For many subjects, mainly the sciences, this isn’t such an issue, but for the majority of the humanities, you will find yourself looking at the syllabus and questioning the modules that have been picked… and deciding which ones they should have chosen!