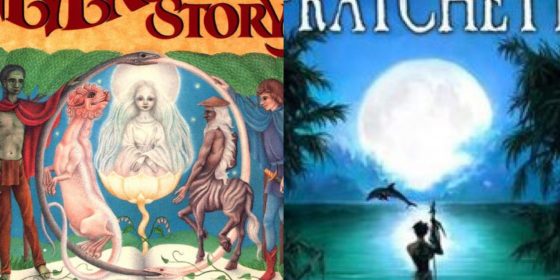 For use as a group discussion, as points to consider with your child/ren or on your own. The main themes running through this compare and contrast session are becoming the person you are meant to be rather than the one everyone else thinks you should be, imagination, thinking and belief.

Either book would also make very good stimulus for a philosophy session.

We didn’t discuss all the points in this session plan, as I like to see what grabs them and run with it.

Things that weren’t immediately noted with the group when reading the book, but were recognised through discussion, were the role of women in the books, the significance of colour and how both books are concerned with starting afresh.

We also thought a bit about names, but spent so long talking about the books that we didn’t get time to complete the last activity.

Terry Pratchett was the more popular book once people got past the first few chapters, although the final chapter was less well received. Michael Ende was really enjoyed for the first half, but some people struggled a bit with the second half.